Members
Artists
Art Galleries Art Resources
"My independence means everything to me, that's why I'm a member."
Membership
Creating art relationships that last a lifetime.
Buy Art
...and there you go, as your website is securely sent out into the world.
Hosting

10 RULES FOR LIFE AND WORK 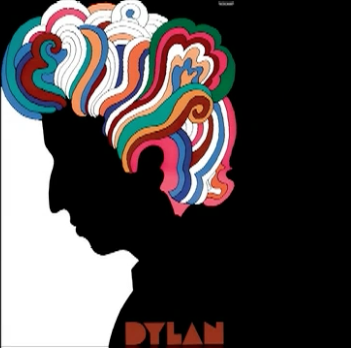 On June 29, 2020, Milton Glaser passed away at the age of 91 on his birthday. Many of you may never have heard of him as he was a graphic designer, teacher, mentor and very aware artist and designer from New York. He lived the dream of every designer – working on the big important design pieces that influence the thinking and life of those past generations. Yes, he designed the Bob Dylan album, the I Love NY symbol and much more.

MILTON GLASER'S TEN RULES FOR WORK AND LIFE (& A BONUS JOKE ABOUT A RABBIT).

1. YOU CAN ONLY WORK FOR PEOPLE THAT YOU LIKE

Some years ago I realized that… all the work I had done that was meaningful and significant came out of an affectionate relationship with a client.

2. IF YOU HAVE A CHOICE NEVER HAVE A JOB

Here, Glaser quotes composer John Cage: Never have a job, because if you have a job someday someone will take it away from you and then you will be unprepared for your old age.

3. SOME PEOPLE ARE TOXIC AVOID THEM.

Glaser recommends putting a questionable companion to a gestalt therapy test. If, after spending time with that person “you are more tired, then you have been poisoned. If you have more energy, you have been nourished. The test is almost infallible and I suggest that you use it for the rest of your life.”

4. PROFESSIONALISM IS NOT ENOUGH (or THE GOOD IS THE ENEMY OF THE GREAT)

Glaser concedes that a record of dependable excellence is something to look for in a brain surgeon or auto mechanic, but for those in the arts, “continuous transgression” is the quality to cultivate. Professionalism does not allow for that because transgression has to encompass the possibility of failure and if you are professional your instinct is not to fail, it is to repeat success.

5. LESS IS NOT NECESSARILY MORE

I have an alternative to the proposition that I believe is more appropriate. ‘Just enough is more.’

6. STYLE IS NOT TO BE TRUSTED

Style change is usually linked to economic factors, as all of you know who have read Marx. Also fatigue occurs when people see too much of the same thing too often.

7. HOW YOU LIVE CHANGES YOUR BRAIN

The brain is the most responsive organ of the body…. Thought changes our life and our behavior. I also believe that drawing works in the same way…. Drawing also makes you attentive. It makes you pay attention to what you are looking at, which is not so easy.

8. DOUBT IS BETTER THAN CERTAINTY

One of the signs of a damaged ego is absolute certainty. Schools encourage the idea of not compromising and defending your work at all costs. Well, the issue at work is usually all about the nature of compromise…. Ideally, making everyone win through acts of accommodation is desirable.

Glaser credits essayist Roger Rosenblatt’s Rules for Aging (misidentifying the title as Aging Gracefully) with helping him articulate his philosophy here.  It doesn’t matter what you think. It does not matter if you are late or early, if you are here or there, if you said it or didn’t say it, if you are clever or if you were stupid. If you were having a bad hair day or a no hair day or if your boss looks at you cockeyed or your boyfriend or girlfriend looks at you cockeyed, if you are cockeyed. If you don’t get that promotion or prize or house or if you do – it doesn’t matter.

It’s interesting to observe that in the new AIGA’s code of ethics there is a significant amount of useful information about appropriate behavior towards clients and other designers, but not a word about a designer’s relationship to the public. If we were licensed, telling the truth might become more central to what we do.

Read the full written reasons on the 10 Rules For Life and Work by Milton Glaser. Check out Milton Glaser's website page.